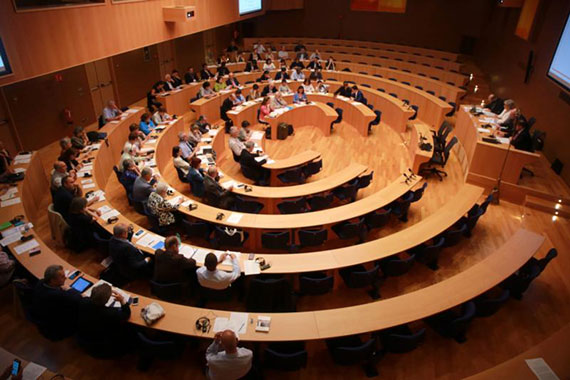 Millions of Catholics live their faith through their association with lay movements and Catholic groups, but some also have lost their faith when they were sexually abused in those groups and felt they had nowhere to turn. While much of the Church’s recent focus has been on clerical sexual abuse a

Thousands of sick people across Eritrea are being deprived of vital medical care after the government seized three hospitals, two health centres, and 16 clinics. Government soldiers forced patients from their beds and out of the clinics and seized religious houses as they confiscated the 21 health institutes run by the Catholic Church, serving at […]

U.S. bishops joined Pope Francis in expressing sadness after seeing photos of the lifeless bodies of a migrant father and his daughter who drowned near the U.S. border with Mexico. “This image cries to heaven for justice. This image silences politics. Who can look on this picture and not see the results of the failures […]

Theology develops through dialogue, not an aggressive defense of doctrine that seeks to impose its beliefs on others, Pope Francis said. Like Charles de Foucauld and the slain Trappist monks of Tibhirine in Algeria, fidelity to the Gospel “implies a style of life and of proclamation without a spirit of conquest, without a desire to […]

Paris Archbishop Michel Aupetit took the occasion of the first Mass in Notre Dame cathedral since its 15 April fire to remind the French that the now closed building was a house of prayer and not just a national heritage monument. Aupetit and about 30 worshippers wore white hard hats during Mass in the Chapel […]

In a remarkably frank and detailed speech, the Vatican official heading the department charged with reviewing clergy sexual abuse allegations told an assembly of Catholic journalists on June 19 that his investigators and the press “share the same goal, which is the protection of minors, and we have the same wish to leave the world […]

Copyright © 2019 Sathyadeepam. All rights reserved. No Part of this site should be reproduced without owner's permission