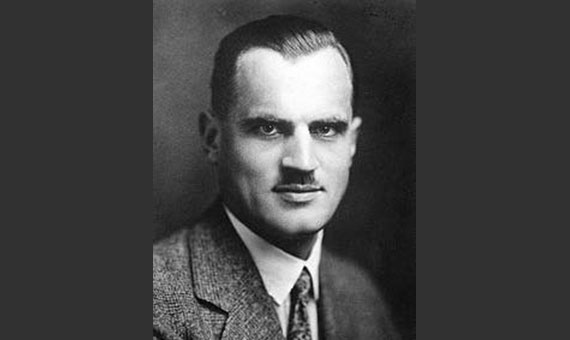 Arthur Holly Compton (1892 –1962) was an American physicist who was awarded the Nobel Prize in Physics in 1923 for his discovery of the Compton Effect. Compton effect was a sensation discovery which established the particle nature of electromagnetic radiation. He was also involved in the Manhattan

Stephen Barr is an American Physicist and author of several well-known books. He teaches at the Department of Physics and Astronomy at the University of Delaware. Barr does research in Theoretical Particle Physics and cosmology. Barr thinks the right coinage of terminologies is very important in science-religion dialogue. He does not see any conflict between […]

Kurt Gödel : From Mathematics to a Personal God!

Augustine Pamplany CST Kurt Friedrich Gödel (1906-1978)born in Austria, was a great logician, mathematician, and philosopher. He is one of the most significant logicians in history who has contributed immensely to the scientific and philosophical thinking in the 20th century. Born of catholic father and protestant mother, he was raised protestant.He was called the Mr […]

Marcelo Gleiser – Science as Engagement with the Mysterious!

Brazilian theoretical physicist and cosmologist, Marcelo Gleiser, is announced as the 2019 Templeton Prize Laureate. He became internationally known through his books TV documentaries, and conferences in which he treats science as a spiritual quest to understand the origin and nature of the universe and the life. As a scientist his researches and publications cover […]

Max Born (1882-1970) was a German physicist and mathematician. He made immense contribution quantum mechanics, relativity, chemical physics and optics. Several celebrated figures including Heisenberg, Edward Teller, Robert Oppenheimer, Max Delbrück, and Wolfgang Pauli, among others emerged under his guidance. He won the Nobel Prize in Physics in November 1954 for his “fundamental research in […]

Heisenberg God at the Bottom of the Glass!

“The first gulp from the glass of natural sciences will turn you into an atheist, but at the bottom of the glass God is waiting for you.” These are the words of the renowned German physicist, Werner Heisenberg. Heisenberg, born in 1901, is considered one of the most celebrated high priests of quantum physics. He […]

Copyright © 2019 Sathyadeepam. All rights reserved. No Part of this site should be reproduced without owner's permission